Kevin Sekniqi did an ELI5 tutorial on how to move tokens from Ethereum to Avalanche. In this case, $ETH.

All the info and images used here were all copied from Kevin Sekniqi twitter thread with the same title. I just copy pasted everything the way it was written, no rephrase or addition.

All you will need is:

Have $ETH on Metamask. Here I have an account with about 2.5 $ETH, connected to the Ethereum mainnet.

I’m now going to move 1 $ETH over to Avalanche. I’m going to head to http://aeb.xyz and press on “Connect Metamask” and confirm with Metamask.

Because $ETH is not an ERC-20, we have to wrap it first into $WETH. So go to “Wrap token” tab and follow these instructions in the image. After confirming with Metamask, you’ll be confirmed that you successfully wrapped your $ETH.

Let’s move the $WETH into Avalanche. Refresh page, and go back to “Transfer” tab, and follow instructions on the image below. Afterwards, confirm Metamask and you will see some confirmation pages as shown below.

Up to now, we kept staying in Metamask, which is magical. Now, in the next step, let’s move this $WETH around on Avalanche.

Let’s get ourselves some $AVAX (which we’ll need to pay for fees on Avalanche) and move the $AVAX over to Metamask. First, I head to https://wallet.avax.network, and load up my small slush wallet.

I have 4 $AVAX there, but they are already on the c-chain. If you only have $AVAX on the x-chain or p-chain, move to c-chain first by clicking “Cross Chain”. Now, I go to “Send” and I follow the instructions in the image below.

We’ve now sent ourselves some $AVAX to play with on Metamask. However, while Metamask works seamlessly between Avalanche and Ethereum (same address space), we need to now switch Metamask to point to Avalanche mainnet by following the following steps.

Then, go to this link below and paste the values from there in the Metamask box as shown in the image below.

Deploy a Smart Contract on Avalanche Using Remix and MetaMask

You will immediately be greeted with the 3 $AVAX you sent before as shown in the image below. Now, let’s load up the $WETH and move it around.

We’ve loaded ourselves with $AVAX, now it’s time to get the $WETH (which is just $ETH) and move it around. However, because of the way Metamask works, we have to import the $ETH into the Metamask Avalanche side. So go back to Metamask, click “Assets” tab > “Add Token”.

Now, click on “Custom Tokens” tab, and paste the address “0xf20d962a6c8f70c731bd838a3a388D7d48fA6e15”, which is the Ethereum address and can be found here https://github.com/ava-labs/bridge-tokens/blob/main/avalanche.config…. NOTICE: you only have to do this for $ETH. For other tokens, you can just search; e.g. $UNI.

How To Move Tokens From Ethereum To Avalanche was originally published in Avalanche Hub on Medium, where people are continuing the conversation by highlighting and responding to this story. 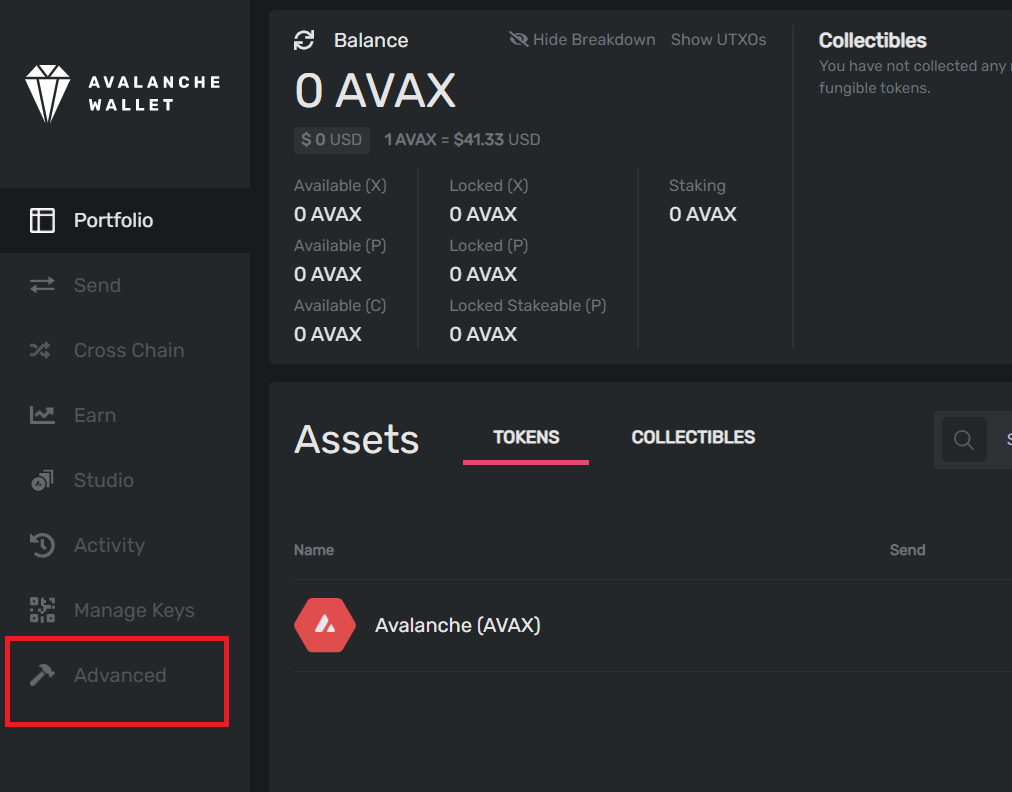